Our team were at the Dublin Games Festival in the RDS last weekend with our Mobile Escape Rooms. We had to be at one of Ireland’s biggest games expos to show the public what we are all about. 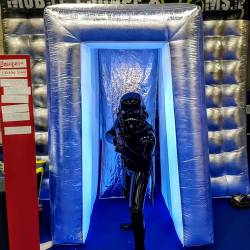 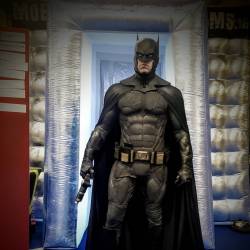 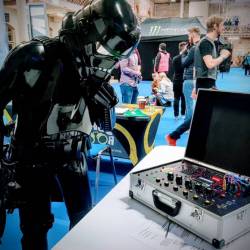 Our MC Dylan couldn’t believe the number of people who were waiting to get inside when we arrived on the Saturday morning after setting up the day before. He was very excited to see who else was showcasing at the convention – being a big fan of games! Once the doors opened it was manic, we had people left right and centre wanting to find our more about the Mobile Escape Rooms. Of course, we were more than happy to talk all day long!

The Mobile Escape Room’s were a huge success, in my opinion anyway! Families, friend groups and individuals were all waiting to see if they could escape the room. Some of the fastest times I have ever seen at the Mobile Escape Rooms are from the convention. Unfortunately, not all groups escaped but the ones that did definitely broke some of the records held. It’s safe to say it was impressive. We even had some famous faces visiting the Mobile Escape Rooms, Batman and Shadowtroopers to name a few. Dylan’s inner child’s dreams came true that day!

We will definitely we booking our slot next year for the 2019 Dublin Games Festival as we had a great time and met some many people. Will we see you there next year?

Do you have an upcoming convention or festival? Why not include The Mobile Escape Rooms for a unique game suitable for all ages. We are after all the only indoor Mobile Escape Room in Ireland and can bring our inflatable tent to you. Call us today to enquire with our sales team.